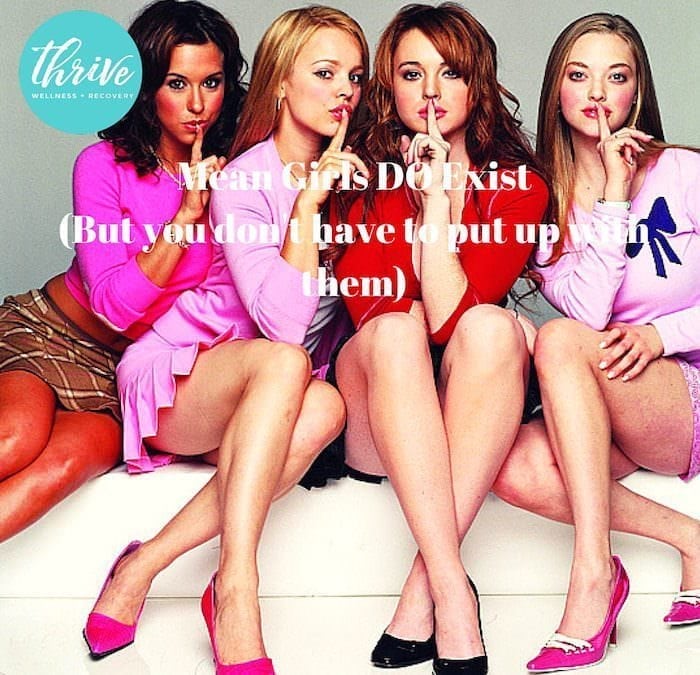 That is so fetch…

Did you hear the news?! Maybe I am late to the party but “Mean Girls”—my fav movie of all time—is coming to the big stage as a Broadway Musical! Saturday Night Live’s Tina Fey, the original writer and director of the 2004 comedy is working on it as we speak. And, speaking of Mean Girls...I don’t think I’d go back to middle school or high-school, would you?

Don’t send me back…

Talking to a mom of an 11-year-old girl this week, she informed me about a new social media app I was completely unaware of:

Am I late to the party, or new to you too? Apparently, this app allows you to create your own live music videos and be your own superstar in your own spotlight of whatever popular song you pick.

Scrolling through the newsfeed of music videos of 10-17 year-old girls, they were singing more than songs from the musical “Annie” or Spice Girls, like I did (in front of my bathroom mirror of course) at that age. Dressed in booty shorts, or no shorts at all, many of the videos featured these young girls completely sexualizing themselves in front of the camera, as they emulated the music videos of some of their own celebrity icons.

Be your own celebrity.

The app got me thinking about how much over the years—even since the debut of Mean Girls—the standards and ‘norms’ of what is pretty, popular and “so fetch” as a girl have changed.

This is the world we live in—especially our middle school and teen girls: Hungry for acceptance and validation that they are cool, liked, known and seen. And the reality is not just confined to teeny boppers.

In a recent poll conducted amongst 50 girls and women, ages 18-40, 80% reported feeling “worse about themselves” after looking at social media newsfeeds.

Comparison. Food for thought. Long live Mean Girls—and you are a smart girl. Be aware of how outside influences make YOU feel about yourself…

..And do the opposite—do you. Be you.

Know a teen or college girl who could use some support in trying to “figure it out.” Or still wrestle with your own inner-critic yourself? Connect with me at Thrive for a free Spark Session and I’ll show you how to master your INNER mean girl and gain confidence in all areas (mind, body and soul) through my holistic 1-on-1 approach (therapy, coaching, nutrition and fitness).

If you have questions, you can also email: [email protected].

Get a taste of what Thrive is all about with the Free 7-Day Thrive in Life Kickstart Guide when you join Thrive’s inner circle.