How To Cure Endometriosis

Endometriosis affects approximately 1 in 10 women during their reproductive years (ie. ages 15 to 49).

Endometriosis is the abnormal growth of cells (endometrial cells), similar to those that form the inside of the uterus, but in areas outside of the uterus including: fallopian tubes, ovaries, intestines and other tissues lining your pelvis. Rarely, endometrial tissue may spread beyond pelvic organs.

Over time, this displaced endometrial tissue continues to act as it normally would inside your uterus— it thickens, breaks down and bleeds with each menstrual cycle.

Since this displaced tissue has no way to escape your body, it becomes trapped. If endometriosis involves the ovaries, cysts called endometriomas may also form. The tissue surrounding these cysts may also become irritated, eventually developing more scar tissue and thick adhesions — abnormal bands of fibrous tissue that can also cause pelvic tissues and other organs to stick to each other.

Symptoms of endometriosis range from mild to severe, and may include:

Most medical literature states the exact cause of endometriosis is unknown, but researchers believe that certain genes predispose women to get the disease and have developed other theories to explain it.

Popular conventional medicine theories behind the cause of endometriosis include:

Unfortunately, these theories leave patients with little hope—if any—that they can be in control of their health, prevent or cure endometriosis.

The functional medicine approach, on the other hand, looks at endometriosis a little bit differently. Functional medicine is a scope of practice in medicine and allied health that seeks first to understand the roots of disease and dysfunction—rather than just the symptoms.

Functional medicine also views the body as a whole—not parts—so when seeking to understand what causes endometriosis looks to other systems in the body—outside the endometrial tissues and cells, and surrounding areas.

There are two things that we know quite confidently about endometriosis:

From a functional medicine lens, we must explore WHY this inflammation and hormone imbalance happening in the first place.

The gut is the gateway to health: 80% of your immune system and more than 50% of your hormones are produced in your gut. In addition, you have 100 trillion gut bacteria living inside you—10 times more bacteria than cells in your human body.

Your gut bacteria play a vital role in maintaining overall balance in your body. Hence, if or when your gut health is off, your body’s ability to fend off foreign invaders (immune system) and keep your hormones balanced also goes down. Hello inflammation and dysfunction! Gut bacteria have been shown to affect practically every modern chronic disease to date (5).

Endometriosis is no exception, and this may greatly explain why the symptoms of hormonal imbalance, constipation, bloating, and blood sugar imbalances are also common. Additionally, given that endometriosis is characterized by elevated estrogen, this points to poor liver function in the GI tract, since liver is the master clean sweeper of excess hormones in the body. If the liver and GI system is down, hormone imbalances are a given.

A 2017 study review of 99 different studies on endometriosis and gut health in the Journal of Medical Research, found the most common themes amongst endometriosis sufferers were: gut bacteria imbalances within endometrium tissues, reduction of immune function and pathogenic bacteria triggering local tissue inflammation (6).

Another study suggested that the health of the intestinal bacteria played a critical role in the development and progression of endometriosis (7).

While many people still believe endometriosis is greatly genetically based, genetics only “load the gun,” and gut health, environmental and lifestyle factors pull the trigger. The bottom line: If you have an underlying gut pathology, such as SIBO (small intestinal bacterial overgrowth), fungal or bacterial infection, low stomach acid or intestinal permeability (“leaky gut”), you’re more at risk for endometriosis—especially if you have genetics for it. 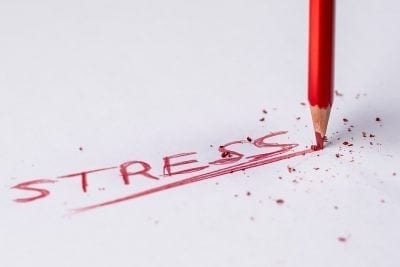 Endometriosis is characterized by hormonal imbalance. Hormones are chemical messengers that control every organ in the body. In particular, the hormones estrogen and progesterone are in charge of regulating a woman’s reproductive functions, such as her menstrual cycle and fertility. When imbalances occur, organs don’t receive the correct signals to function adequately, so hormonal disorders are more likely to occur as well (like endometriosis).

The biggest driver of them all? Cortisol (i.e. your stress hormone).

Stress is the #1 driver of all disease and dysfunction. The more stressed out your body is (physically and mentally), the more likely shifts and imbalances in estrogen and progesterone are likely to happen.

One study on the effects of stress in rats with endometriosis found that  prior exposure to stress increased both the number and severity of tissue overgrowth found in their pelvic area. Stress also increased colonic inflammation, gut motility, and numbers of mast cells that contributed to their condition. Researchers concluded that prior stress may contribute to the development and severity of endometriosis (8).

Another study found that in two groups of rats with endometriosis, the rats who were purposely subjected to physiological stress (overtraining exercise), versus rats who were not, had significantly more inflamed endometrial tissues than the rats with less stress.

Common stressors that often are overlooked, but that can trigger cortisol and hormonal imbalances include:

Ultimately, the body desires balance and when it gets out of balance, then hormonal imbalances are one of the first dysfunctions to arise.

On the topic of hormonal imbalances and stress, environmental and toxic exposures are some of the top endocrine disruptors, with the majority of more than 80,000 approved chemicals unregulated and untested on humans—in everything from our skin care products, to makeup, household cleaners, hand sanitizers and more. Environmental toxins are believes to increase the risk of endometriosis by altering immune cells, hormones and cell growth factors. Common known endocrine disrupting toxins include:

Autoimmunity is defined as “an organism against its own healthy cells and tissues.” In other words, the body, or body cells, that “attacks itself.”

In the case of endometriosis, studies reveal the presentation tissue-specific antibodies and inflammatory cytokines intertwined in the disease (9). What causes autoimmunity in the first place? While genetics do play a big role in your predisposition to develop an autoimmune disease, countless studies show that all autoimmune diseases share a common thread of leaky gut or intestinal permeability in their presentation. (10, 11, 12).

Although the symptoms of endometriosis often speak for themselves, formal diagnosis is typically made through a combination of pelvic exam, ultrasound imagery, CT Scans or MRI scans, and laparoscopy—using a scope to look inside your abdomen.

Of all methods, however, laparoscopy is the only current “official” method to confirm a diagnosis.

Conventional medicine currently states there is no known cure for endometriosis. Therefore, most treatment of endometriosis in conventional medicine focuses on managing the symptoms—primarily through NSAIDs and medications, including synthetic hormones to try to balance  the hormone imbalance. Surgery to remove endometriosis lesions and scar tissue may also be effective, but success rates are dependent on the extent of disease and a case-by-case basis.

Unfortunately however, all of these methods only manage endometriosis; they do not reverse the condition.

Many medicines, like synthetic hormones, steroids and NSAIDs, are not suitable for long-term use due to side-effects, including mood swings, further hormone imbalances, GI problems, toxic burden, liver overload and suppression of your body’s own hormone production.

In fact, when you take synthetic hormones, the levels of those hormones go up in the bloodstream and your pituitary gland reduces your own internal production of that hormone, causing hormone resistance. Over time, the more these hormones are added to your blood, the more the receptors for those hormones become down-regulated. Eventually, you’ll need higher and higher doses to get the same effect you initially got from your original prescription—and the cycle continues.

Additionally, pain killers, like Motrin, Aleve and Ibuprofen, do little to treat other symptoms that are part of endometriosis, such as fatigue, bloating, constipation, diarrhea, low back pain, ovarian mass, and a heavy flow during your period.

The bottom line? Conventional endometriosis treatment leaves patients with no other options other than to manage the symptoms and “deal with it.”

Functional medicine is aimed at addressing the roots of disease rather than managing the symptoms.

Lifestyle and nutrition interventions—aimed at healing the gut, addressing stress and bringing the hormones back to balance are typically used first before medications and surgical procedures. Treatment and remission of endometriosis is often achieved through the following approaches:

Work with a functional medicine practitioner or other skilled practitioner to evaluate and address any underlying gut dysfunction (SIBO, leaky gut, fungal overgrowth), HPA Axis Dysfunction, blood sugar imbalances, toxic burden, or other conditions driving your body into a state of stress and inflammation in the first place. Lab testing may include things such as stool analysis, organic acids urine testing, comprehensive blood testing, and SIBO breath testing to get to the root of your disease triggers.

Since the gut is the gateway to health, love your gut bugs every day with these 5 daily habits:

Assess what top stressors are driving your condition. Cut stress with several of these actionable stress-busters: 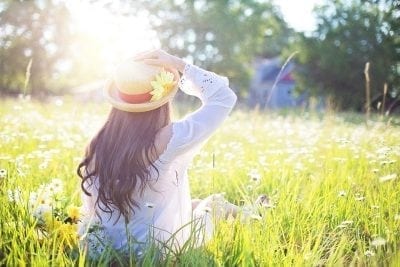 6. Puca & Hoyne. 2017. Microbial dysbiosis and disease pathogenesis of endometriosis, could there be a link?  Journal of Medical Research. https://www.alliedacademies.org/articles/microbial-dysbiosis-and-disease-pathogenesis-of-endometriosis-could-therebe-a-link.pdf