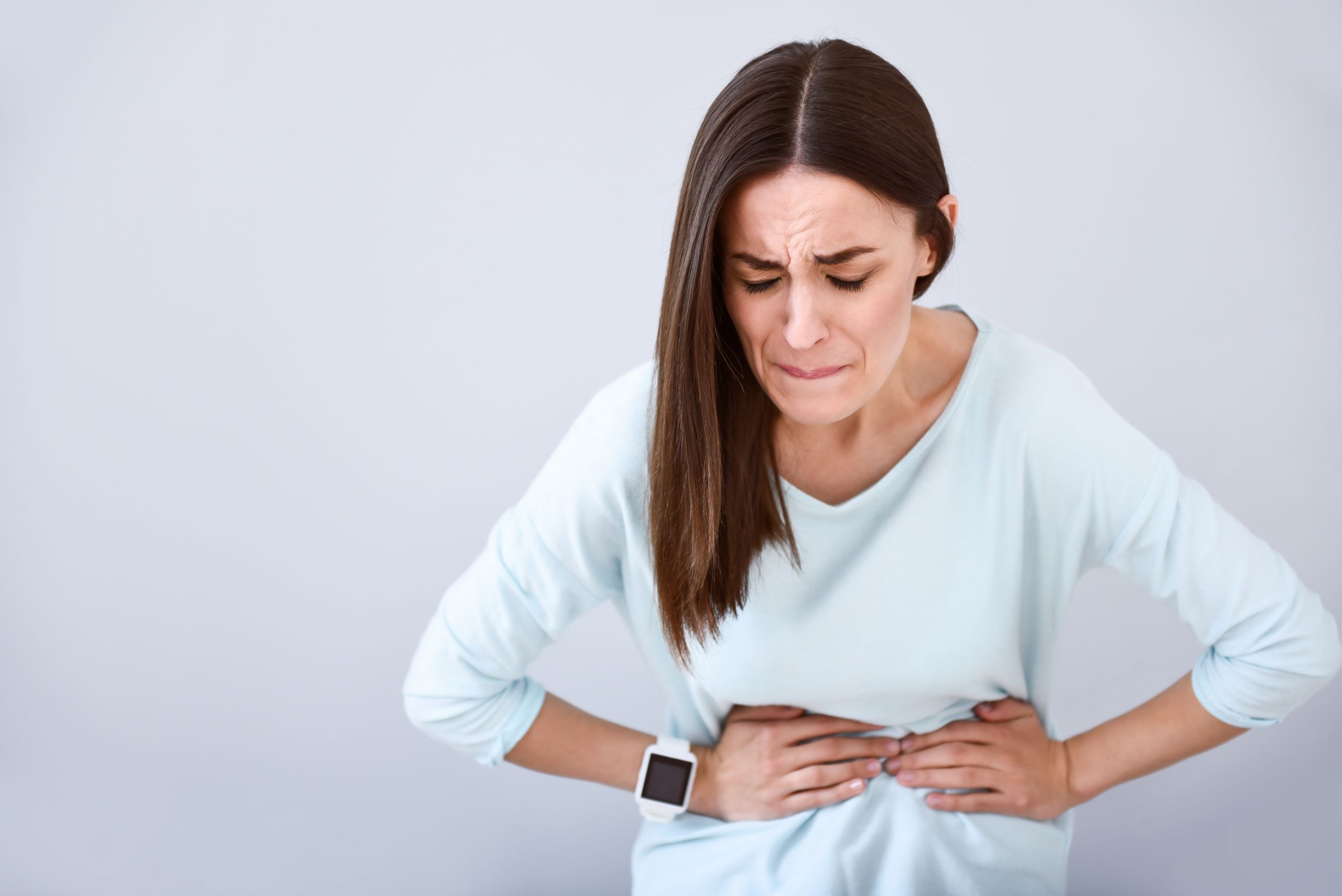 I was doing “all the things” to be healthy and have good gut health: drinking kombucha, taking a probiotic, eating green things but, I still suffered from SIBO.

So when I ended up discovering that I had SIBO in 2018, I was shocked…and, at the same time, I was relieved. Finally an explanation for my years (YEARS) of bloating and constipation.

And, little did I realize that my newfound mission to cure my own SIBO and improve my gut health would eventually turn into part of my daily job description—educating hundreds of patients and blog readers on the natural (prescription-free) nutrition, lifestyle and supplement remedies to help kick their own SIBO to the curb too (like the 7 essentials in this article). 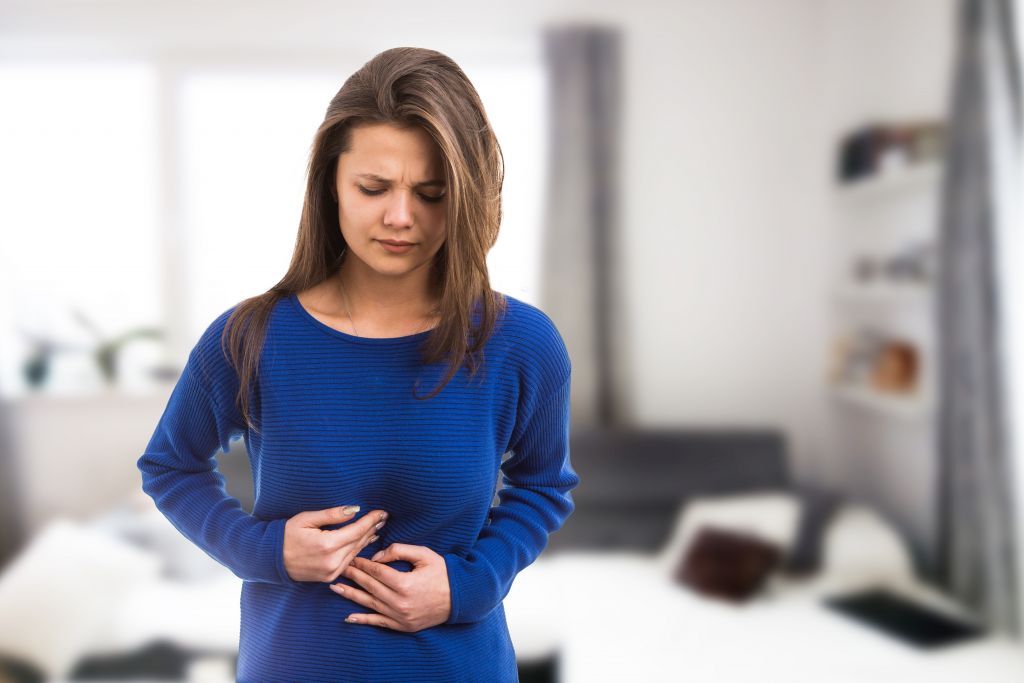 Small Intestinal Bacterial Overgrowth, or “SIBO” is defined as the presence of excessive bacteria in the small intestine.

SIBO is defined by more than 100,000 organisms living in your small intestine.

For example, low stomach acid and low digestive enzymes prevent the proper breakdown of food in your stomach, resulting in undigested food and bacterial fermentation in the upper gut. In other cases, stress wreaks havoc on the brain-gut axis, disrupting the “migrating motor complex” to push through food the digestive tract, again, resulting in bacteria overgrowth in the upper GI. Eat foods you are intolerant to regularly, like lectins in peanut butter or artificial sweeteners in your Halo Top ice cream? Again, a case for gut inflammation that can set you up for SIBO.

As a result, you can end up with excess bacteria in the upper GI, or in scientific terms,

How Do You Know if You Have SIBO?

SIBO is characterized by a wide variety of non-specified signs and symptoms, and often times individuals may not even “feel” SIBO in their gut. 20 common signs of SIBO include:

As for official SIBO testing, there are two primary modes of testing for SIBO:

Due to the costly and invasive nature of endoscopy testing, the SIBO breath test (specifically lactulose SIBO breath test) is the most commonly used test in functional medicine settings. It’s important to note that while urine, stool and blood markers can be helpful in further assessing the presentation of SIBO, none of these markers can confirm a SIBO diagnosis alone.

A SIBO breath test can help you and your clinician distinguish the type of SIBO you have as well, including: methane SIBO, hydrogen SIBO or hydrogen-sulfide SIBO.

What’s the Difference in SIBO Types?

Patients with SIBO can experience a wide range of symptoms, but the most common symptoms associated with SIBO types include:

How Do You Treat SIBO?

If SIBO is suspected or detected, typically an antimicrobial herbal protocol is given by your holistic practitioner or antibiotic Xifaxin protocol is prescribed by your conventional doctor. Believe it or not, research actually shows natural remedies can be just as beneficial as traditional antibiotics, if not more.

In addition, a SIBO diet plan may be advised, along with several essential lifestyle changes and ongoing gut support (to prevent SIBO from returning).

While there is no one-size-fits-all approach to healing your gut, let me share 7 essentials for how I cured my SIBO based upon in my own experience.

How I Cured My SIBO Naturally: 7 Essentials

A lot of practitioners and patients think SIBO is the “root cause,” but in many cases SIBO is often just a symptom of something else.

Sort of like hypothyroidism can be a symptom of Hashimoto’s (autoimmunity of the thyroid), poor liver detox and environmental toxins, and, believe it or not, SIBO and poor gut health (and vice versa)….

In my personal and clinical experience, I’ve found SIBO is often a byproduct of other gut imbalances and stressors like:

Just to name a few! The list goes on, but the bottom line here is, you need to work with a functional medicine practitioner or professional who understands that SIBO is often a symptom or byproduct of something(s) else.

Shhh…do you hear it? Your body is constantly speaking. Are you listening? Often times, by the time you have SIBO, it is screaming!

After learning I had SIBO, I became increasingly mindful of what triggers—if any—seemed to exacerbate my symptoms more.

Did you know that when we have SIBO, we will often crave foods we are intolerant to because the bacteria in our gut are asking us to feed them?!

As a result, we can end up eating the same foods every single day that aren’t making us feel good…without even realizing it. 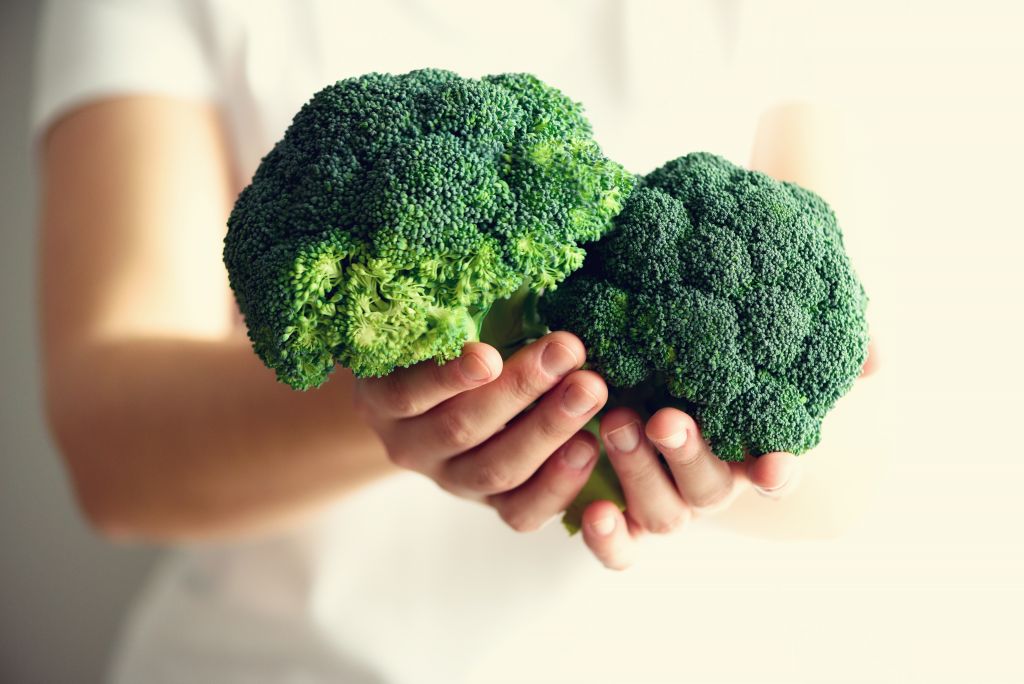 For me, some of my “SIBO exacerbating” foods (the foods that made me run to the bathroom, or feel constipated for days) included:

NONE of these foods are innately bad. Instead, I was eating them all the time and, as a result, they weren’t doing my gut any favors.

It’s important to note that when you have SIBO, it can be EASY to blame foods on causing your SIBO, but, more often than not, unless you are eating Krispy Kreme donuts evert day, the food is not the “enemy.” Instead, when you address the SIBO with a SIBO specified supplement and lifestyle protocol, many of the foods that made you flare can be tolerated again just fine.

Today, I actually can eat ALL of these foods again without SIBO symptoms, because I learned how to diversify my diet and healed my SIBO from the inside out.

While we are on the topic of food, throw out the SIBO food lists—the ones you compare on every website on the internet, or Google search your ideal diet for SIBO examples (like “SIBO keto,” “SIBO vegan,” “SIBO carnivore”).

There is no one-size-fits-all for the perfect SIBO diet (in fact, the foods one SIBO patient tolerates compared to another can vary greatly depending on the type of SIBO you have).

In fact, the only rule of thumb for a SIBO healing diet is: eat real, nutrient-dense whole foods (ie. Twinkies and Big Gulps are not going to get you far).

Some folks will feel best on a Low FODMAP Diet. Others will feel best with a little more carb and little less protein and fat. Others claim the only thing that helps them get over the SIBO hump is short term elemental diet. And still others will say, no diet change really helped much at all—until they addressed their SIBO with their SIBO treatment protocol (#4).

That said, you really are your own best experiment!

In my experience, if I could go back to my younger (patient) self, I would tell myself to NOT fear food, and to NOT eat too restrictively for too long.

Many people with SIBO fall into the trap of eating the same foods every single day because most “everything” makes them bloat, or they heard from a doctor on YouTube that avocados, ground beef and bananas are bad for them.

The more I learned about “good” and “bad” foods in blogosphere, the more my diet became limited—eventually to only 5 to 10 foods. This worked fine in the short term…but in the long term led to more gut problems (dysbiosis and low growth of beneficial bacteria).

The goal with any SIBO diet plan you choose should be to do it for 30 to 90 days with the bigger goal to gradually expand your variety of real nutrient-dense foods again while you follow the rest of the steps in this article (#4-#8). 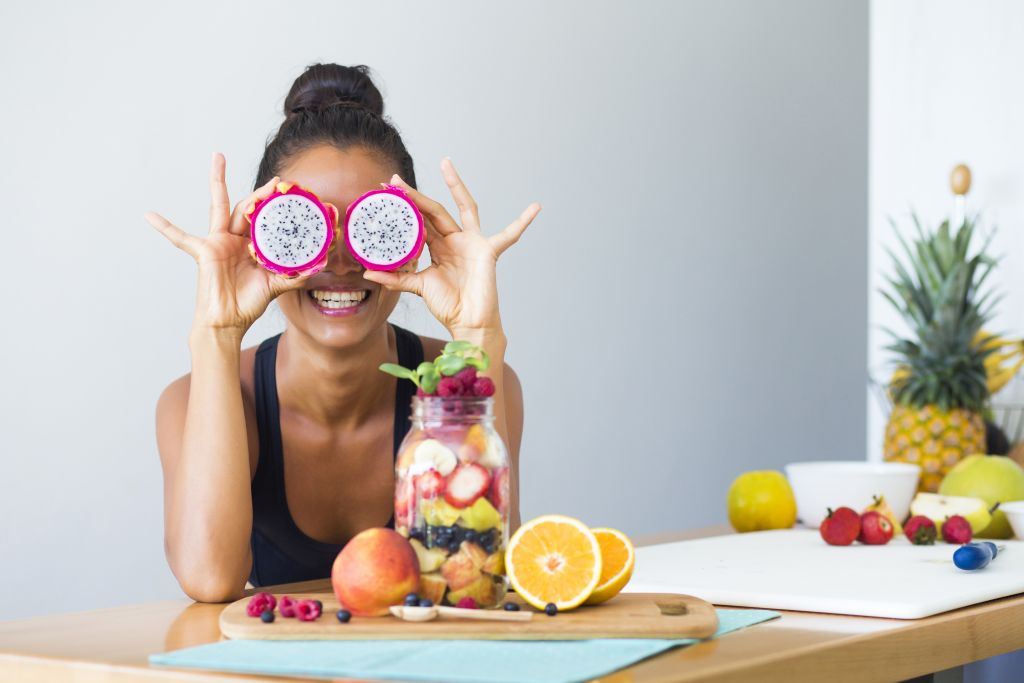 As a healed, the dietary strategies that worked for me included:

No, you don’t have to eat a bowl of broccoli and Brussels sprouts or large fiber-rich apple to officially prove you are “cured” from SIBO, but even the ability to eat more than 5 to 10 foods is a sign you are moving in the right direction (keep your eye on the prize).

I’ve always been a fan of natural health solutions, and my healing journey from SIBO was no exception. Although I tried a round of Xifaxin antibiotics, this actually made me more constipated.

While I’ve had patients work with their primary care physician in some cases to do the same, antimicrobial herbs are pretty potent for whipping SIBO into shape.

The type of SIBO you have can help with further herbal customization.

I did a broad spectrum formula (like GI Synergy by Apex Energetics on the FullScript Store), combined with a few stand alone, SIBO specific herbs:

Biofilms are a fancy word for “steel armor”—the steel armor bacteria and fungi wear in order to stick around in your gut…for a long time.

The reason why antibiotics often fail in modern medicine is due to biofilms—gut bugs that form colonies to protect themselves so they can’t be killed (easily).

Addressing biofilms is one of the most overlooked steps for any SIBO treatment protocol, especially in conventional medicine where the standard treatment for SIBO is 14 days of Xifaxin antibiotics, coupled with the Low FODMAP Diet.

Biofilms and SIBO for that matter take a little longer than 14 days to heal—or at least for results to last.

“Address” biofilms with biofilm disruptors like N-Acetyl Cysteine capsules (“NAC”) (800-1000 mg 2 times per day) or Priority One Biofilm Phase 2, take 2 times per day as well, away from food or other herbals (both available on the FullScript Store).

Simply put: If you’re not pooping daily, Houston, you have a problem. Poo is one of our body’s primary methods of elimination, and when you are ‘detoxing’ your gut from SIBO, you definitely want things flowing out the back door.

Some of my favorite constipation busting tactics include:

Move over probiotics, short chain fatty acids (SCFAs) are the new kids on the block for helping reshape the biome.

SCFAs are the healthy byproducts of healthy gut bacteria in the colon that create a non-toxic, anti-inflammatory ecosystem, systemically.

SCFAs are particularly great for helping you heal and seal a leaky gut, increasing tolerance to a variety of foods and normalizing bowel habits. I typically recommend 2 to 3 doses per day with food.

I am crushing on Tributyrin-X by Healthy Gut.

As cliche as it sounds, this tactic is actually the #1 tactic of them all that will help SIBO go from recurrent and persistent to a thing of the past.

I never realized what big of a role stress played in my gut health and SIBO journey until I actually prioritized “de stressing” my biome. 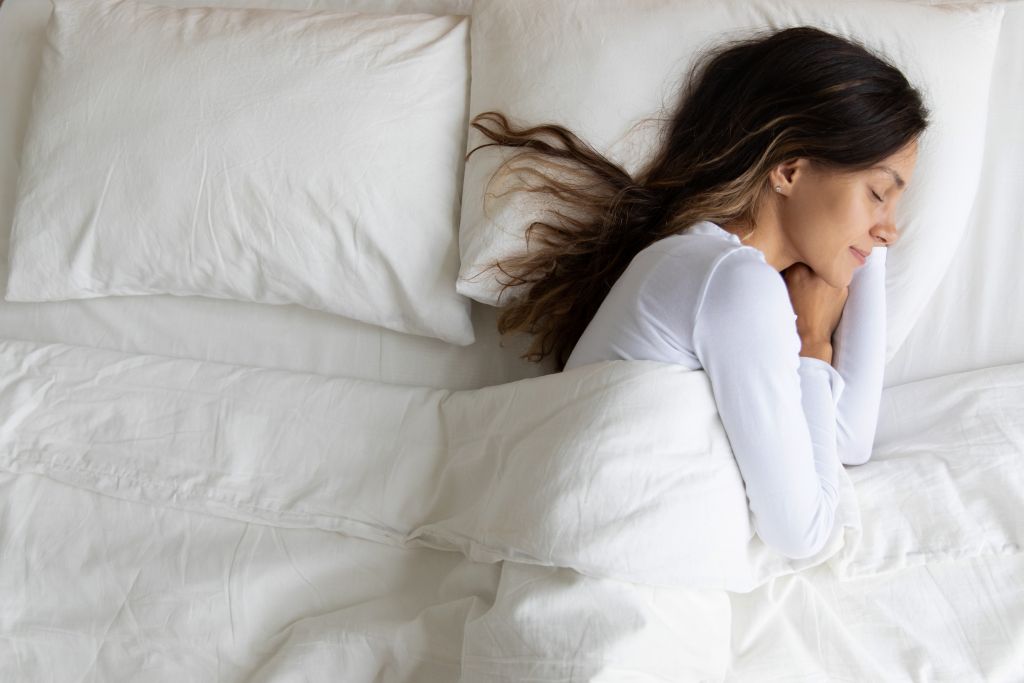 Some of the top tactics that helped me included:

After kicking my SIBO to the curb with these 7 essentials, plus continually “staying on top” of stress and, above all, consistency, I’ve been able to keep the commonly recurrent SIBO at bay.

Think you have SIBO? Or feel overwhelmed with the SIBO healing journey? Connect with our virtual clinic for support and a customized, SIBO nutrition, lifestyle and supplement Blueprint plan today.