Do you have experience with fad diets? If there is one thing NO ONE can agree upon, it is the “perfect” human diet—what humans should or shouldn’t eat to “be healthy.” From Paleo, to Vegan, Vegetarian, Low FODMAP, Keto, mediterranean, “Clean Eating” and beyond,  what is the BEST diet for you?!

Answer: There is no one-size-fits-all approach.

Enter: The reason why 99% of diets fail. What are fad diets? 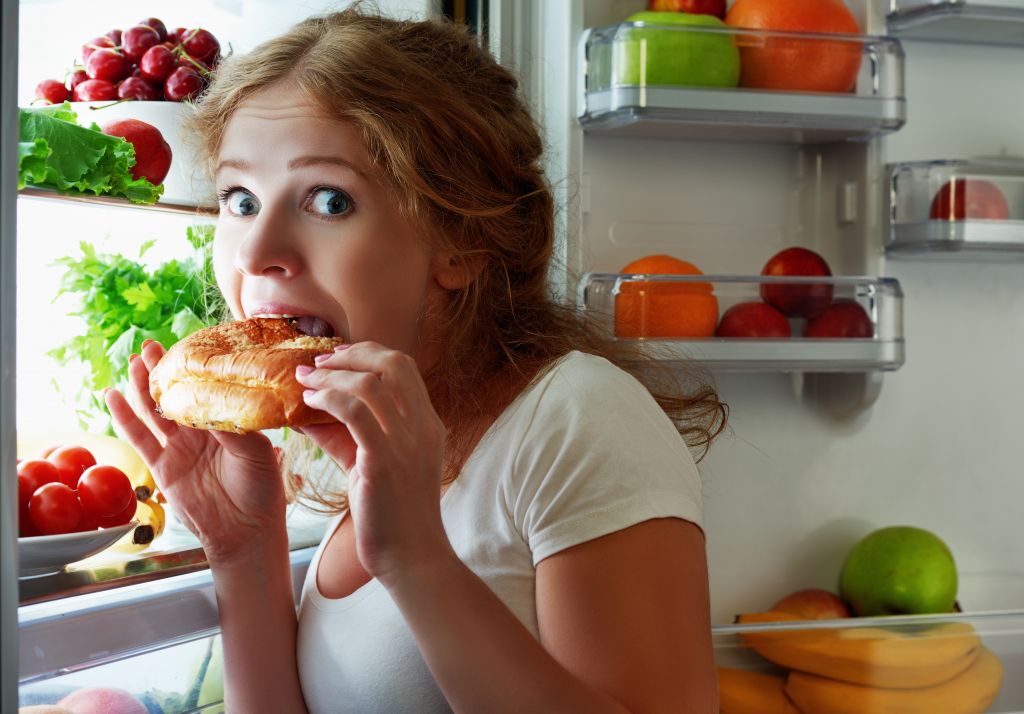 “Aye Aye Aye! I am so confused about what to eat!”…And so is everyone else…

According to a survey by the Food International Council Foundation (1), 80% of all Americans report being completely confused about what “being healthy” even means due to conflicting health information and only about 1 in 3 people can identify even one food that would be best for their body and their unique health goals. This makes total sense when you consider the history of dieting and “healthy eating.”

Unfortunately, we’ve strayed away from the original meaning of the word “diet” over the past several hundred years!

A Brief History of Fad Diets

The word “diet” originally comes from the ancient Greek “diaita,” which means “the way of life.”

In Ancient Greece, a “diet: was about good health and it encompassed the various aspects of lifestyle: good food and drink, physical exercises, baths and massage, sun-therapy, sleep and sexual practice, ‘passions of the soul’, habits and generally the whole way of leading one’s life. The ancient Greeks recognized the strong correlation and the link between the gut and total health—mind, body and soul—believing their diet not only ensured good physiological gut health, but also sound mental and emotional wellness.

They were on to something.

Most fad diets and popular food philosophies today do not consider the role that things like your mental health, your culture, and gut health play in finding the “best diet” for you.

Check out how human’s food choices, food rules and diets have dramatically changed over the years—further supporting the fact that restrictive diets and food rules don’t work in the long run.

The Evolution of Diet Over the Past 2 Billion Years

Until agriculture was developed, all humans got their food by hunting, gathering, and fishing. Meat and fish, nuts and seeds, plant oils (olives, coconut) vegetables, fruits and honey.

The period of transition from a hunting-and-gathering society to one based on stationary farming. This revolution created a plentiful and predictable food supply, allowing farmers’ wives to bear babies in rapid succession—one every 2.5 years instead of one every 3.5 years for hunter-gatherers. A population explosion followed; before long, farmers outnumbered foragers. However, although farmers produced more babies, researchers have pointed out: you don’t have to be disease free to have children—hinting at the beginnings of a turn downward in human health compared to our ancestors.

Pythagoras, a mathematician and independent thinker, popularized the abstinence from meat, teaching that all animals should be treated as kindred and a meat free diet propped better health.

William the Conqueror became so overweight in later years that he went on a liquid diet consisting of almost nothing but alcohol to lose weight. 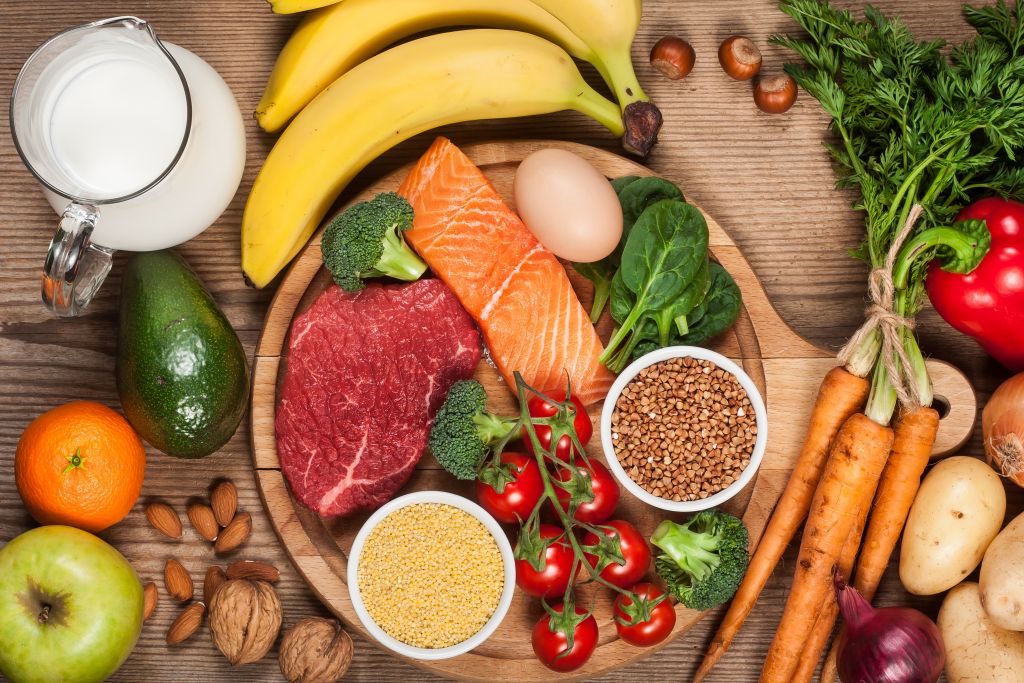 During the 18th century, another Agricultural Revolution took place when European agriculture shifted from the techniques of the past. New patterns of crop rotation and livestock utilization paved the way for better crop yields, a greater diversity of wheat and vegetables and the domestication of cattle (milk/dairy and beef). Agriculture began to set the stage for mass production and expanding more borders with food supplies.

The transition to new manufacturing processes in Europe and the US, leading to the processed food movement, starting with the advent of canned and pasteurized foods. The development of organic chemistry also transformed the legal definitions of food quality, making it dependent on whether it was real or organic food, but instead if a food scientifically was processed with certain vitamins, nutrients and minerals on a package label.

A meatless diet was referred to as a “Pythagorean diet” for years, up until the modern vegetarian movement began in the mid-1800s

Overweight businessman Horace Fletcher slimmed down and made dieting a pop culture phenomenon with his Chewing Diet, recommending chewing food until it became liquid to prevent overeating.

Lulu Hunt Peters published Diet & Health: With Key to the Calories. She urged her female readers to consider food in terms of calories and not to consume more than 1200 a day (to put this in perspective, the consensus today is for 1600 to 2500 kcal a day, depending on age, physical activity and health). 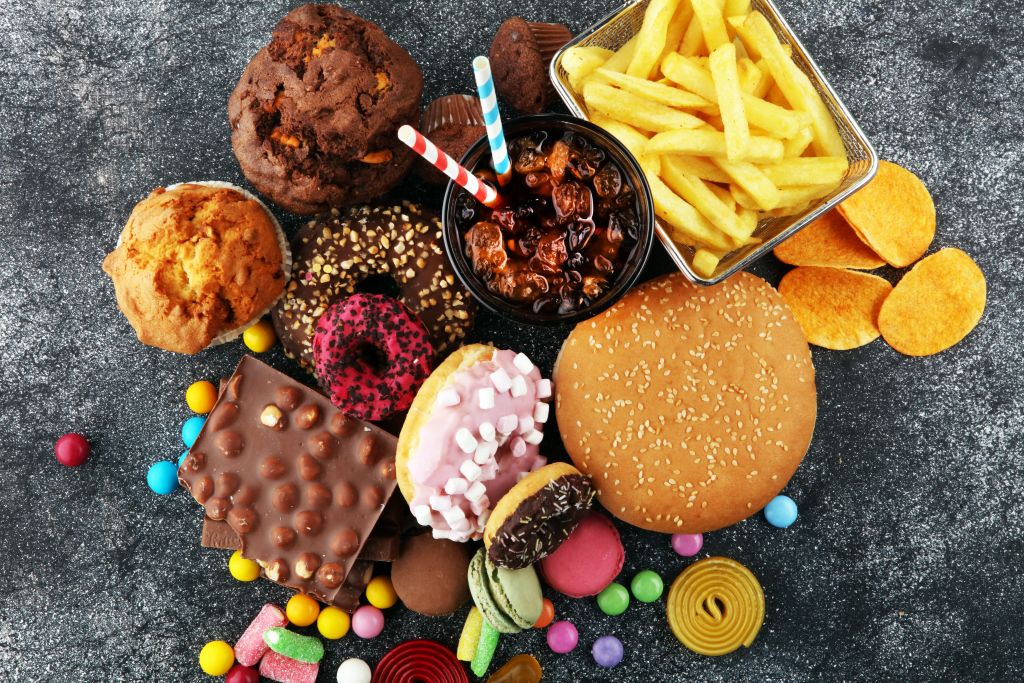 The first Dairy Queen and McDonald’s fast food restaurants opened. Due to the war and food rations to feed fighting soldiers, as well, farmers began using fertilization, pesticide killers and irrigation to increase crop yields, decreasing the vitamins and minerals in those plants.

Opera singer Maria Callas’ 65 lbs. dramatic weight loss was attributed to the Tapeworm Diet (swallowing a parasite packed pill). Around this same time, the Cabbage Soup Diet made a splash in celebrity culture. This diet involved consuming nothing but soup for seven days. The original recipe called for cabbage, vegetables, water and dry onion soup mix, but other renditions added ingredients like fruit, skim milk and beef.

The original TV Dinner by Swanson & Swanson was released consisting of a Thanksgiving meal of turkey, cornbread dressing, frozen peas and sweet potatoes. It came frozen in an aluminum tray and was heated in an oven. Fast food restaurants were also now everywhere, and the popularity of television, the invention of the remote control and the introduction of the first microwave for home use didn’t add to America’s health.

The Sleeping Beauty Diet involved sedation and the use of sleep to avoid hunger.

A doctor (Herman Tarnower) published the “Complete Scarsdale Medical Diet,” one of the first diet books written by a doctor.  The diet was similar to the Atkins Diet, prescribing high protein and low fat and low carbohydrates, but also emphasized fruits and vegetables.

The birth of the fitness icon Jane Fonda in videos and the Jazzercise group fitness, aerobics movement. Also the beginnings of the “low fat” diet and “move it or lose it” (calories in, calories out) approach. The development of specific nutritional qualities (fortified, low-fat) gave the impression that processed food manufacturers were improving their products.

The early rising of the paleo diet. Boyd Eaton, a physician wrote a paper for the New England Journal of Medicine, entitled Paleolithic Nutrition. He expanded his theories into the first book on paleo: The Paleolithic Prescription.

Loren Cordain, a Ph.D in exercise physiology, found Eaton’s papers on the paleo diet and became a self-taught expert in evolutionary biology, writing a book called “The Paleo Diet” ( His broad research and vision led to the creation of the paleo autoimmune protocol.

The “Biggest Loser” launched its first episode to curing and offering hope to an ever-growing obese and overweight world with a low calorie and frequent workout routine.

Coined the “breakout year for AIP.” In January, Sarah Ballantyne’s complete guide to AIP was released, The Paleo Approach, and went on to become a New York Times Bestseller later that summer. In March, the print version of The Autoimmune Paleo Cookbook came out.

IF is a weight loss approach that has been around in various forms for ages, but became highly popularized in 2012 by BBC broadcast journalist Dr. Michael Mosley’s TV documentary Eat Fast, Live Longer and book The Fast Diet, followed by journalist Kate Harrison’s book The 5:2 Diet based on her own experience, and subsequently by Dr. Jason Fung’s 2016 bestseller The Obesity Code. By 2018, IF had more “rules” around it based on a few studies showing that eating within an eight hour window was “best” for human health.

No/low carb diets and high fat are all the rage, even though the ketogenic diet’s origin dates back to the 1920s when doctors began using it to control seizures among patients with epilepsy, however it was soon abandoned with the rise of pharmaceuticals. The diet’s name comes from ketones, molecules produced by the liver in response to an absence of sugar, which the body then burns for fuel. An entirely unintended side effect for people with epilepsy on the diet is that, without glucose, the body turns into a fat-burning machine. Unsurprisingly, it eventually became a weight-loss trend about 100 years later. Thanks to Instagram, YouTube, podcasts and a health conscious nation, the diet is no longer focused on just “therapeutic” use, but promoted for fat loss and blood sugar rewiring.

You do you. Today’s “diet culture” landscape now looks like “anything goes”—as long as you exclude something. Carbs (even vegetables) or meat in particular are now demonized. For example, the carnivore folks fear oxalates in spinach, squash and berries, the vegan folks will eat processed fake meat all day, and if all else fails, not eating (ie. Fasting) is always an option. That way you don’t have to deal with choosing. People seemingly eat the way they eat more out of a spirit of “feeling good” (rather than weight loss), yet often at the expense of feeling unnecessary guilt around foods that don’t fit within their paradigm as well as nutrient deficiencies and significant gut imbalances over time.

So…Where Do We Go From Here?

If there’s one thing to learn from history, it’s that history repeats itself, until…we actually learn from it. As you can see, diet rules and philosophies ebb and flow. One decade, fat is “bad”. The next, carbs or protein are “bad.” Yet, judging by our world’s chronic disease epidemic, diet culture does not seem to be solving this issue (2).

Above all, there is no one-size-fits-all diet and no one ever did a study on a “balanced diet” (inclusive to real, nutrient-dense foods from all food groups) being a bad thing. #FoodforThought

Reach out to our virtual functional medicine clinic if you help in customizing the best approach for your body’s unique needs and your health goals. Let us address